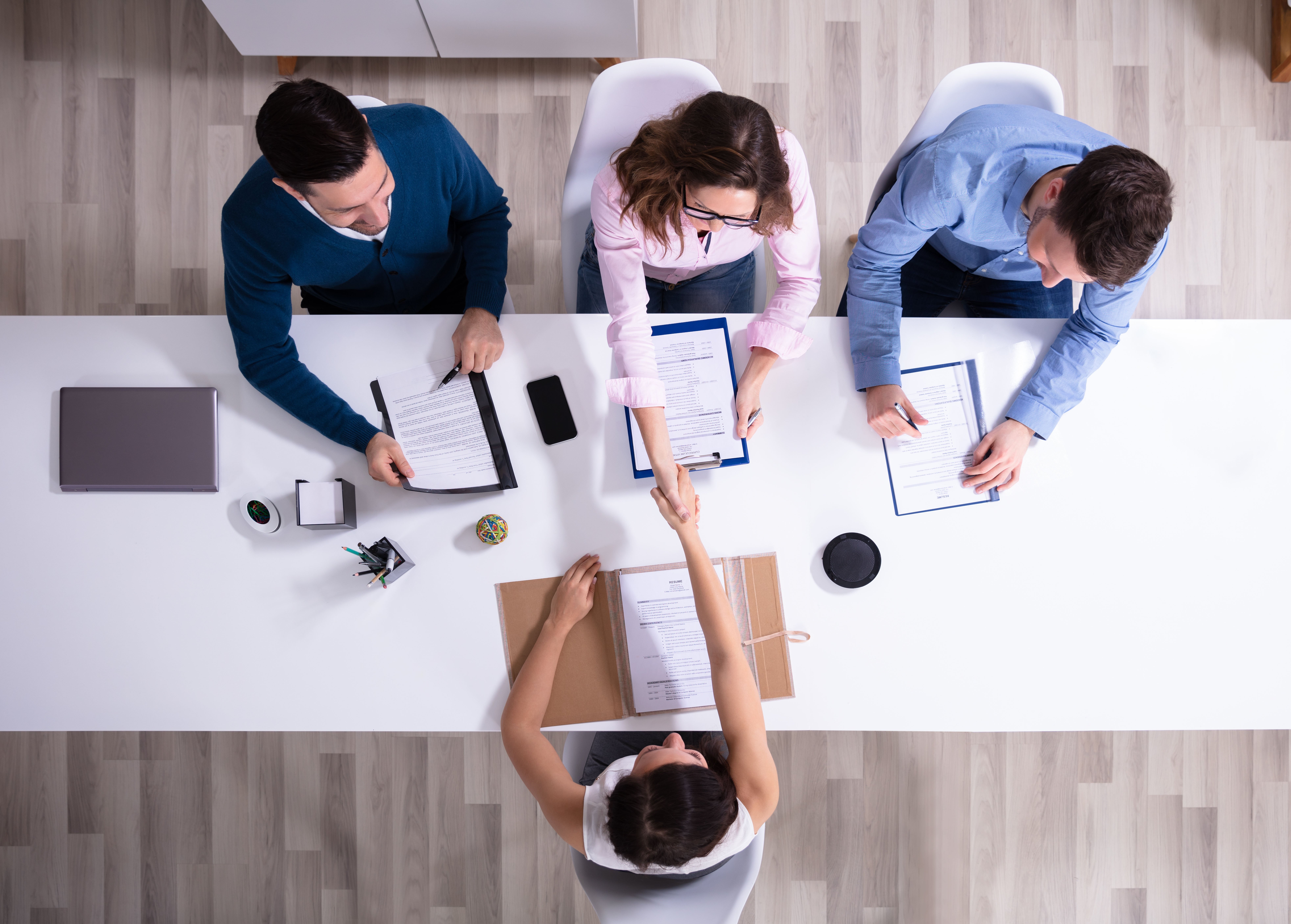 Retaining, recruiting, and rewarding employees has never been more important than in today’s tight labor market. A quick review of the labor statistics and employment challenges that banks and credit unions in the U.S. are facing quickly lays bare the need to discuss the role of appropriate incentives in maintaining a competitive advantage.

Three major trends that have emerged in the 18 months since the onset of the pandemic recession that are essential to understanding what is going on in the larger labor market: unemployment rates, labor participation rates, and wage pressure.

In just two years, the labor market has changed dramatically. While we’ve had three recessions in the past twenty years (see the gray sections of chart below), it’s the latest that’s most drastically affected unemployment. Prior to the onset of the pandemic in February of 2020, the unemployment rate was just 3.5%. By April of 2020, it had spiked to 14.8%! While this was an amazing high, even more disturbing was the pace of this rise compared to other recessions. In just two months, unemployment had risen 11.3%. This was followed by one the quickest falls in unemployment when the rate dropped to 4.6% just 18 months after its peak.

The labor force participation rate is a measure of an economy’s active workforce. The formula for the number is the sum of all workers who are employed or actively seeking employment divided by the total noninstitutionalized, civilian working-age population. Over the past two years, we’ve seen a decrease in this rate from 63.4% to 61.7%. This seemingly small 1.7% drop, when factored against the 200 million in the “civilian work-age population,” results in a whopping 3.4 million fewer individuals working or actively seeking employment. The reasons are numerous for this change but certainly include an aging population and lack of affordable childcare. The real question now is, will these folks come back into the labor market or do we actually have 3.4 million fewer workers than pre-pandemic? And what might the implications of too few workers be on economic growth?

It’s no surprise to anyone looking to hire a new employee these days that finding a good candidate is difficult and “premium” candidates can command much greater salaries than they could when labor participation rates were higher. It’s simple supply and demand. What’s more, keeping existing employees has never been more important to your success because finding new ones is likely to be time consuming and expensive. The most recent report from the Bureau of Labor and Statistics, stated, “Over the past 12 months, average hourly earnings have increased by 4.9 percent.” 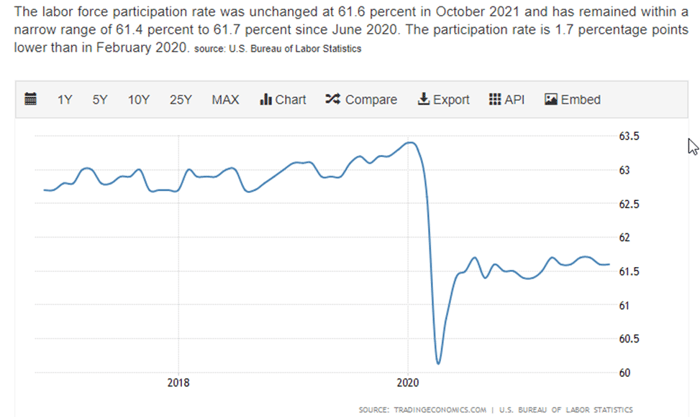 According to FDIC call report data, bank employment levels have stayed relatively steady over the past two years at just over two million FTEs – a slight decline of 0.514% (see below). During that same 15-month period, we've seen an increase in salaries and benefits of almost 8.25%. Bottom line: the labor force is tightening and increases in total compensation are eroding slim margins.

In the 2021 Bank Director Compensation Study, bankers were asked about their top challenges. The biggest reported challenges were managing compensation and benefits costs (#2), retaining key employees (#3), and recruiting commercial lender (#4). But their #1 challenge was tying compensation to performance (it was also the #1 challenge in 2020 and 2019). In other words, they are struggling with how to ensure they are rewarding people fairly based on their contributions to the organization. While on the surface these topics may seem unrelated, I think there is a common thread – people need to feel valued for the contributions they make to the organization. 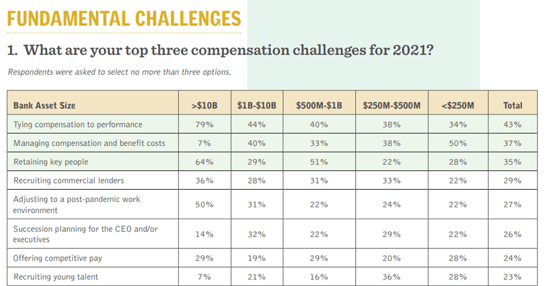 The conclusion? To face these challenges and effectively manage compensation costs, we must ensure we are rewarding those people who truly deserve incentives.

The Role of Effective Incentive Compensation

A recent Blanchard group study stated that 97% of banks and credit unions employ some sort of incentive compensation system to reward employees for performance. These systems vary both in size and scope but share a common goal of recognizing and rewarding strong performers for their contributions to the organization.

An effective incentive compensation system must:

As a leader, you should be encouraged to examine your current incentive compensation system. Determining how to properly reward achievement now will help retain and recruit your best talent in the competitive 2022 labor market

Ransomware Is Alive and Well: 6 Questions You Need to Ask About Your Data Recovery Plans