The Risk of Too Many Deposits 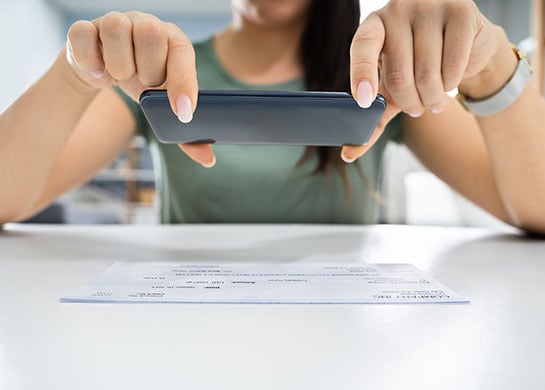 At the beginning of 2020, no one could have predicted many of the unconventional, yet common phrases being uttered today:

That last phrase may not be common outside of the financial community, but it’s becoming a common challenge faced by many financial institutions (FIs) today.

Based on the current pandemic crisis, deposit balances have surged to record levels. Both companies and consumers flooded U.S. banks with a record $1 trillion increase in deposits in 1Q2020.

The Pandemic’s Effect on FIs

The call to action by FIs during this crisis has been inspiring. Many FIs have worked tirelessly to provide their customers/members with access to specialized lending options, including the Paycheck Protection Program (PPP), which didn’t even exist a quarter ago.

The initial wave of reaction to this crisis has largely focused on the lending side of the balance sheet equation. That makes sense since it helps to continue serving loan customers/members while simultaneously growing the FIs’ loan portfolios at a time when other earning asset options are hard to come by.

However, before the smoke clears from the impact of the current pandemic crisis, FIs need to take a hard look at what happens if their deposits stay at their current elevated levels. How long these deposits stay on an FI’s balance sheet is a critical component of Asset Liability Management (ALM), since it impacts key metrics including capital, earnings, and liquidity.

Are Increased Deposits the New Norm?

The current situation mirrors what happened as a result of the 2008 financial crisis when FIs were flooded with deposits, with one major exception. In 2008, a lot of the financial crisis stemmed from the mortgage-backed security (MBS) market, which included a lot of big banks.

In 2020, banks and credit unions are an integral part of the solution. This time around, they are safe havens for money more so than any other time in recent memory.

This key distinction is a strong argument that the abnormal deposit growth is NOT potentially surge or hot money, but rather the “new normal” of the deposit base. If this holds true, FIs may need to re-think their ALM strategies for the long term.

In the past, many ALM model validators (myself included) warned that an FI should focus on stress testing surge deposits that end up on the balance sheet and could become hot money, resulting in an abnormal departure from the FI.

However, the presence of these surge deposits has been shown to not be an accurate depiction of what happened at most FIs. Today, balances in non-maturity balances have stuck around and continued to grow. Therefore, most balance sheets have done the exact opposite of what the stress test assumptions are based on.

If too much focus is placed on these stress test assumptions, it could have a negative impact on strategic decision making.

The Impact of Elevated Funding

To provide perspective on how elevated funding can have a negative long-term impact on capital and earnings, here is a realistic example. It looks at the balance sheet of a typical community FI and compares results using 3 different scenarios:

After running these scenarios, the following key metrics resulted:

Notice how results change between scenarios #1 and #3. The capital/assets ratio drops significantly when moving from scenario #1 to scenario #3. Capital is being reduced while assets are remaining stagnant.

In addition, earnings are suppressed because the excess funding that exists is being reinvested in low-rate overnight investments.

Assuming scenario #2 was the hypothetical FI’s initial budget, they were anticipating their margin to increase over the upcoming year. However, under scenario #3, the margin would go opposite of the expected trajectory.

Scenario #3’s tradeoff is A LOT of excess liquidity. But the FI is already in a very healthy liquidity position to begin with, so liquidity probably isn’t one of its top concerns.

One of the ratio changes that should really stand out is the decrease to the capital/assets ratio. A 141 basis point drop in a 12-month time period is a massive shift.

The FI used in this example has a strong capital position to begin with. However, if that ratio started out lower, the FI could find itself less than adequately capitalized if scenario #3 became its reality. As we all know, being under-capitalized has a lot of long-term ramifications.

Yes, liquidity is still an important part of a healthy FI. Deposits are a large component of liquidity and not having enough of either in a short amount of time could ultimately result in an FI’s failure.

However, there is a tradeoff for too much liquidity. The balancing act to determine the optimal amount of liquidity/deposits for your FI should happen over time by modeling many different scenarios and looking at numerous metrics. Preparing for a multitude of scenarios can help with the process when you need to fine tune your current strategy or pivot away from it altogether.

We have experienced many unprecedented economic events in the last several months. The future of the economy is as cloudy as it has ever been. The rise of these unprecedented events reinforces the importance of taking a fresh look at what is being monitored and managed by FIs.

So, as you take a break from teaching your kids math or wait for your next video conference to begin, please take a moment to think about the best strategy to address the scenario where the current level of elevated deposits may be around for a while.

Buy or Sell? Balancing Loan Portfolios in 2022 and Beyond